There is diversity in male. Most of the males are worried regarding their business. They are Mars central. Due to this they have more ambitions. It is not important that whether Mars is strong or not but it is vital that it is good. It increases the ambitions and it also gives strength. Abhi tak humne kafi bar mahilao ki pareshaniyo ke barein main jana, ab jante hai purusho ki samsyao k barein main or unke upay.

Problem With Men (Health,wealth) – Reason and Remedies by Astro Uncle 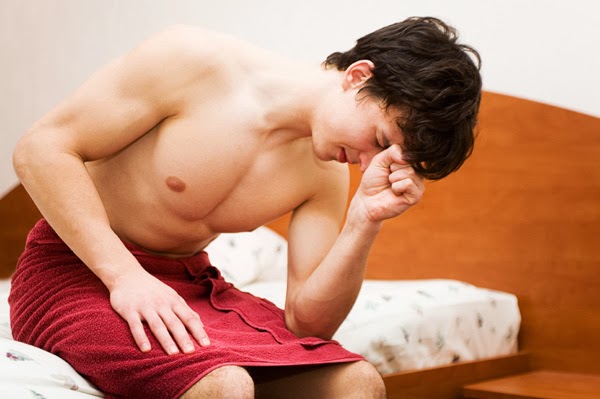 Male’s have more problem regarding blood disorders and heart. Male’s have blood pressure and diabetes problem due to Mars. Due to angriness they do not able to maintain social balance. Angriness occurs in male due to Mars.


Male’s energy should not accumulate. If their energy does not disperse then they will create problem not only for themselves but also for the home. If Mars, Rahu and Saturn are weak then they will encourage males for illegal activities. It increases the angriness, impatience and ego in males.


The main reason for angriness is physical weakness. Male becomes vacuous due to the deficit of minerals in the body. Weakness occurs due to Venus and Mars. Impotency occurs duet o weakness of the sixth, seventh place. Due to weak Venus and Mars, age, memory power, work and concentration decreases. Their attraction power decrease. They do not concentrate on their work. They get nervousness from their work. They become nervous when they have to go for test, interview or trials. They do not mix up with other easily. They take more time and their memory power becomes weak. There is a decrease in chemicals in the body. Also they have imbalance of hormones. It also increases the cough and bile in the body which decrease the power of birth.


You should do such measure to give strength to Mars and Venus. It removes the weakness. It increases the physical and mental peace. When weakness removes angriness also decrease and so that there is no conflict in the home.


Take 2 Walnut, 4 Almond, 5 Raisin and 2 Anjir and boil them into 1 glass of milk. You should drink that milk and eat those things. It also removes constipation. You can take before sleeping or after wake up in the morning. Take copper coin, milk, silver and rice and hide them in hole. You can also donate first bite of your food for dog and cow. You can also intake Gaumutra.


Take potato and spread turmeric on that and feed it to the cow on Thursday or Friday once in a month. By doing these measures your angriness decrease. They get physical and mental power. Hair fall occurs in male due to Mars. Their hair fall occurs at the age of 18, 22, 23, 26, 28, 36, 42 years. Mars gives the sign that it affects the person’s mind. You should increase the intake of protein. You should control on your anger. Do not take tension. You should think in positive way. You should avoid spices epically red pepper. Do not awake late night and if you awake then do not eat. Do not be Najla. You should eat Amla, Coconut, Soft and Carrot. You can also shake your nails. You can also give pressure to your thumb. You can also serve mother, saints, elder brothers and sisters. It gives strength to your Moon. You can also flow Revadi in water.


There are three things which are very harmful for men’s. Do not support wrong woman. Do not make ego. Do not keep yourself more sensitive. When there is a combination of Venus and Mars then male have too much interest in women. Due to this male may have disease or loss of prestige. You should keep self control. You should stay in the vicinity of deity and idol. You should give emotional support to this type of person. You can also wear ring which is made from mixture of gold, silver and copper. This should be wear in both hands ring finger. By doing this it gives promotion and success in marriage life. You should wash your legs before sleeping so that you would never have interest in other woman.


If such male’s eight place is affected by Venus and Mars and they do not have support from their mother or mother’s house then they should make distance with other woman. They may get death penalty. They loss their prestige. Their business will shut down. This type of male should plant Neem tree in pot at their home. You should do hard work if your luck line is weak. Do not take short cut to earn money. You should be prepared for the starting work. You should always serve to dogs. Do not store unused stuffs and old shoes and slippers. You should avoid the habit of storing unused stuff. You can wear root of Ashwganda, Sarpokha, and Anantmul. You may get benefit by wearing Rudraksh.