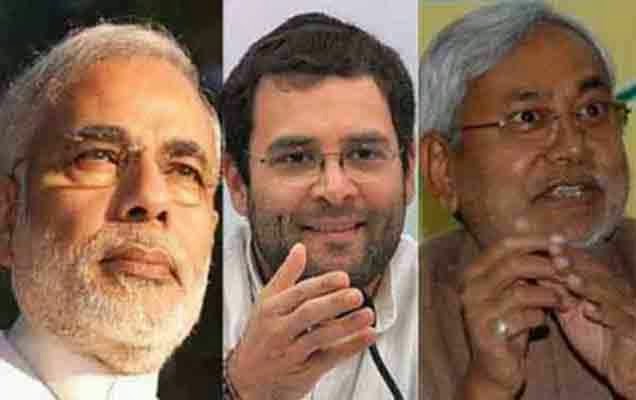 
Will Women Power come in to action?


The ladies like mamta banerjee, mayavati from BSP and Jaylalita can become major power supporter in the year 2014. But as per the Sonia gandhi’s horoscope, she is not going to impact the Win for congress in 2014 election.  Sushil kumar singh has mentioned that “In forth coming general elections two popular women politicians will play crucial role in forming the government. I would like to clarify here that she will not be Sonia Gandhi at all. The readers whosoever is following predictions in my recent post I have given indication regarding two female planets in the varsha kundali of independence horoscope of India.”


Also he has mentioned that Mayawati ‘s party BSP is not going to win much seats in loksabha election 2014, so they will support anyone, depends on the moment because mayavati is running of vinshottary dasha of Sturn – Mars, and both of the planets are in the 2nd house of the lagna chart with shatru rahu planet. So, its too difficult for the mayavati to impact on the general election 2014, so she needs to support any alliance of 2014 election.


Who will be the trump card then?


Naveen patnayak, CM of orrisa is going to point very well in the upcoming election.  Naveen patnayak whos  lagna is karka where Saturn is placed. Saturn directly aspects the seventh house and mars also aspects the seventh house. Saturn and mars both are in Kendra. These planetary positions are forming a rajyoga but also are responsible for making him lifelong bachelor. Ninth, fifth, tenth and third lords together are placed in the fourth house of Naveen Patnaik forming the great rajyogas in his chart. so, BIJU JANATA DAL (BJD) ( Naveen patnaik’s party) defiantly going to do well in the upcoming election.


What about Narendra Modi in General Election 2014?


Narendra Modi will probably be working inside debilitated venus antardasha. Occasion period after the twentieth September will probably be of importance to Modi. This specific venus is 7th in addition to twelfth master put in 11th house connected with gain aspecting fifthly house debilitation connected with any kind of earth seriously isn’t beneficial however this specific venus lies from the 11th house. Getting 7th master this is beneficial however being twelfth master this is undesirable scenario.


“IN AUGUST 2013 I HAD PREDICTED THAT WOMEN WILL CREATE HURDLES FOR NARENDRA MODI IN FUTURE”.

Will Rahul gandhi become PM? what about arvind kejriwal ? what role will play varun gandhi and rajnath singh, stay tune for next update.