A person has Kalsarp Yoga due to specific placement of planets in respect to Rahu and Ketu. This yoga is considered an evil yoga. According to astrology a person’s life may be destroyed due to the harmful effect of the kalsarp yoga. This is one aspect. 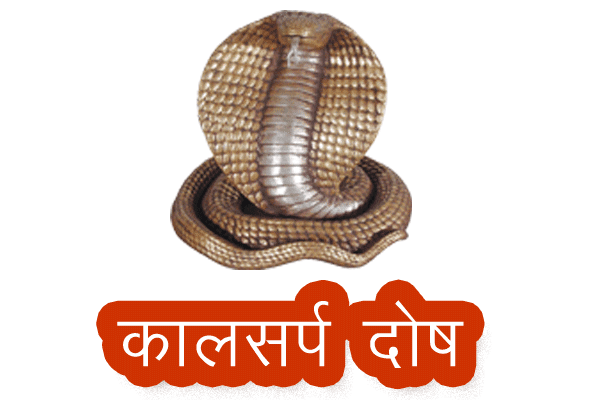 The other aspect is that this yoga makes a person excellent in his chosen field.

In Vedic Astrology Kalsarp yoga does not find any special place. Around hundred years ago some astrologers traced out this yoga and gave it a special position. This yoga has been described as troublesome and is reputed to create obstacles in the life of the person who has it. Many astrologers earn huge amount of money from people by creating fear of this yoga in their mind. People happily spend money to safeguard themselves from the bad impact of the planets. The truth is, just as Saturn is not always bad for you kalsarp created by Rahu and Ketu is also not always malefic.

If your Kundali has kalsarp yoga and you are afraid of it, throw away the fear out of your mind. There is no need to get disturbed because of this yoga as there are some real-world examples which prove that this yoga has given some people the highest amount of success. Many people have achieved a lot of success in spite the affliction of kalsarp yoga. Amongst them Dhiru Bhai Ambani, Sachin Tendulkar, Lata Mangeshkar, Hrishikesh Mukherjee, Pandit Jawahar Lal Nehru require mention.

Astrology says that Rahu and Ketu are shadow planets which are always apart seven houses. When all the other planets are placed between Rahu and Ketu, the Kalsarp Yoga is said to take effect. Rahu and Ketu are considered inauspicious planets like Saturn but they also have some beneficial impact like Saturn. A person whose Kundali has the Kalsarp yoga achieves success in his life if Rahu provides him benefic results. As Saturn forces a ‘sade saati’ person into laborious works and inspires him to reduce his inner weaknesses, Kalsarp makes the man dedicated, brave and honest. This way the kalsarp afflicted man utilizes his potential and attains success.

A Kundali with Kalsarp yoga gives very good results from Jupiter in exalted state, or in own house, Rahu in exalted sign, Gajakeshari Yoga, and the fourth house. If seen in a positive way an individual who has kalsarp yoga in his Kundali possesses excellent talent and personality. It is quite possible that the Kalsarp Yoga present in your Kundali might take you to the height of success. So do not worry about the difficulties you are facing in your life, instead give your best to solve them. If you have Kalsarp Yoga, you’ll lag behind only if you’re careless or pessimistic. Kalsarp yoga is a blessing for hard working and dedicated people.

If Kalsarp Yoga has the ‘Trik Bhav’ and Rahu is placed in the second house or eighth house then a person faces several difficulties but they can be rectified using astrological remedies.