Horoscope matching is done so that there is love and coordination remains between boy-girl. They do less struggle. You should check Nadi dosh, Grahamaitri, Gana, Bhakut and Mangal dosh. 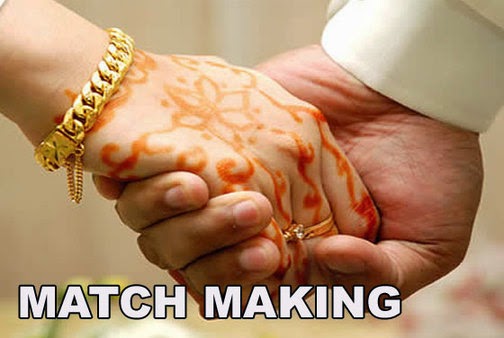 Nadi Dosh: Every boy and girl has different Nadi according to their constellation. One can see condition of boy-girl’s health, genesis child. It is believed that if boy and girl’s Nadi is same then they may face health issue and getting child. However, if constellation is similar and its stage is different than you can do marriage. You can do marriage if Jupiter is in good position.Mangal Dosh: It occurs when Mars is in such position in horoscope. It occurs when Mars is in first, fourth, seventh, eighth and twelfth place. If one has Mangal dosh but if there should be solution in other horoscope then you can do marriage. Sometime mangal dosh creates many problems and it affects their compatibility. In this case, you should worship lord Hanuman. Do fast and chant Sundarkand on Tuesday.

Bhakut: The combination of zodiac signs with each other, nature of bride and groom is called Bhakut. If signs are in second, shadashtak and navpanchak then Bhakut occurs. However, if there is friendship between boy and girl’s sign and their owner is same then this can be defeated.

Gana: Different constellation has different Gana. There are three types of Gana: Manav, Dev and Rakshash. If there is no compatibility in Gana then conflicts occurs between boy and girl. It is very dangerous to do marriage with Rakshash and Manav Gana. However, this can be defeated if there is good friendship between their signs.

Extra Remedy: If you have joint pain then wear silver ring on your foot’s thumb. You will get relief.